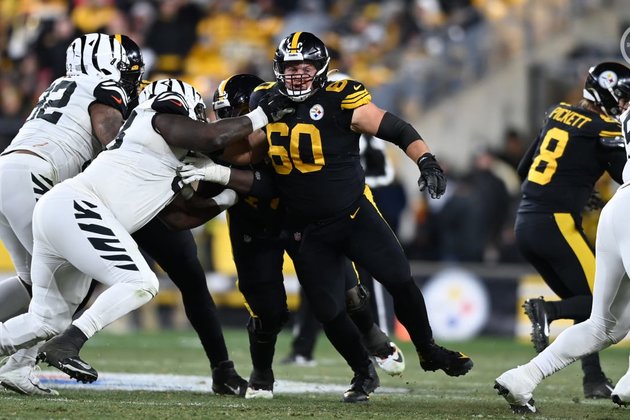 Always prepared: Preparation always pays off and for J.C. Hassenauer that was the case on Sunday when center Mason Cole left the game against the Bengals with a foot injury, and he stepped in.

Hassenauer said he doesn't know Cole's status for Monday night's game against the Indianapolis Colts, but he will be ready if he is called upon.

"Every week as a backup you prepare to start," said Hassenauer. "You never know when your opportunity is going to be. You have to take advantage of that opportunity. Every week I am going to prepare as if I'm starting, like I did last week and the weeks prior. We are going to take it day by day.

Hassenauer ended up playing 56% of the snaps on Sunday, something he welcomes but doesn't want to see a teammate go down because of it.

"It's a goal of mine to play in NFL games," said Hassenauer. "To be able to do that during the regular season is tremendous. I give all the glory to God and the blessings he's given me."

Guard Kevin Dotson praised Hassenauer for his preparation and knowledge of the playbook, stating it wasn't a drop off when he came into the game.

"He is truly dedicated to it," said Dotson. "He is very informational. He helps the starters. He is in tune with the playbook. He helps everybody. When he gets on the field there is no drop off."

While Hassenauer appreciates his words, he knows that is his job.

"I think it's the center's responsibility to know the offense in and out, like a quarterback would," said Hassenauer. "It's goes with the position."

On the run: The Steelers ground game continues to improve as the season rolls on, with Najee Harris putting up 90 yards against the Bengals after a 99-yard performance against the Saint the previous week.

"I feel like we are feeling way more confident in our run game," said guard Kevin Dotson. "It still needs improvement. If we can improve on that it makes things easy."

With a young offense, improvement was expected as they began to gel as a unit, but there is definitely a way to go.

"There has been improvement in the run game," said center J.C. Hassenauer. "It's not where we want it to be. Every week we strive to improve it. We haven't attained our goal yet."

Tune in: For fans who don't want to miss any of the action, NFL+ is here, which means you can now watch the Steelers live and on the go! Watch live local and primetime regular season games on your phone or tablet. Start your free trial today here.