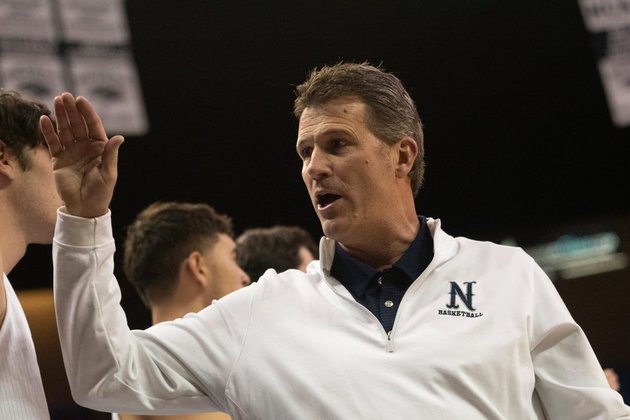 Kansas State on to Cayman final after OT win over Nevada

Markquis Nowell had nine of his season-high 29 points in overtime as Kansas State outlasted Nevada 96-87 Tuesday in the semifinals of the Cayman Island Classic in George Town, Cayman Islands.

K-State will play LSU in the championship game Wednesday night. Nevada will face Akron in the third-place game.

The game was tied 16 times, including 15 times in regulation.

K-State (5-0) also got a career-high 28 points along with nine rebounds from Keyontae Johnson. Nowell had 11 assists, the fifth double-double with points and assists in Wildcats history.

Nevada (5-1) was down to eight scholarship players Tuesday. The Wolf Pack had all five starters in double figures, led by Jarod Lucas with 20 points. Will Baker had 19, Kenan Blackshear had 17 with 10 boards, and Tre Coleman and Darrion Williams each scored 10.

Nevada posted the first five points of the second half to match its largest lead of the game at 43-36. But the Cats responded with a 13-2 run to regain the lead. Neither team led by more than four points until Nowell hit a 3-pointer with 4:39 left to give K-State a 74-67 lead. Nowell followed with a layup to cap a 9-0 run.

But Nevada responded with its own 9-0 run to tie it at 76-all. Nae'Qwan Tomlin slammed one home with 1:07 left to put K-State up 2, but Lucas hit a 3-pointer with 46 seconds left to give Nevada the lead.

Nowell had his shot blocked with 27 seconds left. Blackshear hit 1-of-2 from the line with 14 seconds left and Nowell hit a layup with three seconds left to send it to overtime tied at 80-80.

Nevada was led by Lucas with 12 points while Blackshear added eight at the break. K-State was led by Johnson with 13 points, his fifth straight game in double figures.