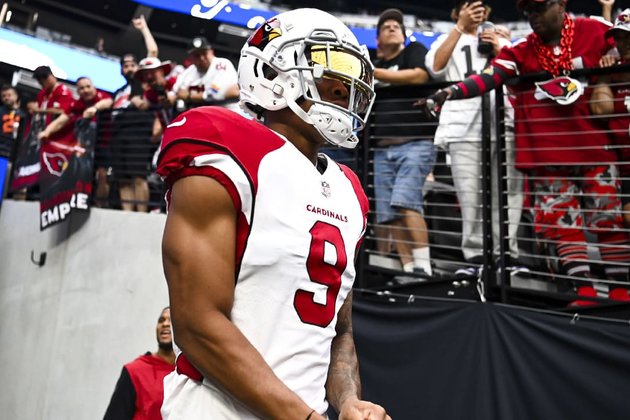 Kingsbury: Isaiah Simmons 'Can Be As Good As He Wants'

Kliff Kingsbury said Sunday after the Cardinals beat the Raiders that linebacker Isaiah Simmons had responded well to having his snaps decreased and asking him to improve in practice.

Simmons, Kingsbury said, had his best practices as a pro last week.

But after Simmons played the whole game in Week 1 before falling to 15 defensive snaps in Las Vegas, Kingsbury was asked if there was a fear they Cardinals could give their young linebacker "whiplash."

"I think he's giving us whiplash," Kingsbury said with a chuckle. "You know?"

"He can be as good as he wants, I'll say that," Kingsbury added. "He knows that, and he knows that's how we feel about him. We've addressed it many times. I think it's a commitment to football, all day, every day, and being the best possible player you can be. You see the flashes. I think if you can do that consistently, day in and day out, the sky is the limit."

Kingsbury called the past week "a big step in the right direction" for Simmons.

Quarterback Kyler Murray was hit in the face by a fan during the celebration after Sunday's win over the Raiders, an incident that was caught on video and circulated widely on social media. The Associated Press reported Monday the Las Vegas police were investigating the matter.

Kingsbury said he didn't know about it until right before his press conference Monday.

"I think the guy is a low-life, whoever did it," Kingsbury said. "I hope they arrest him and he gets fired and he never can go to another game."

Running back James Conner (ankle) is day-to-day with his ankle injury, Kingsbury said. Darrel Williams came in and shared the running back duties with Eno Benjamin and both played well in Conner's absence against the Raiders.